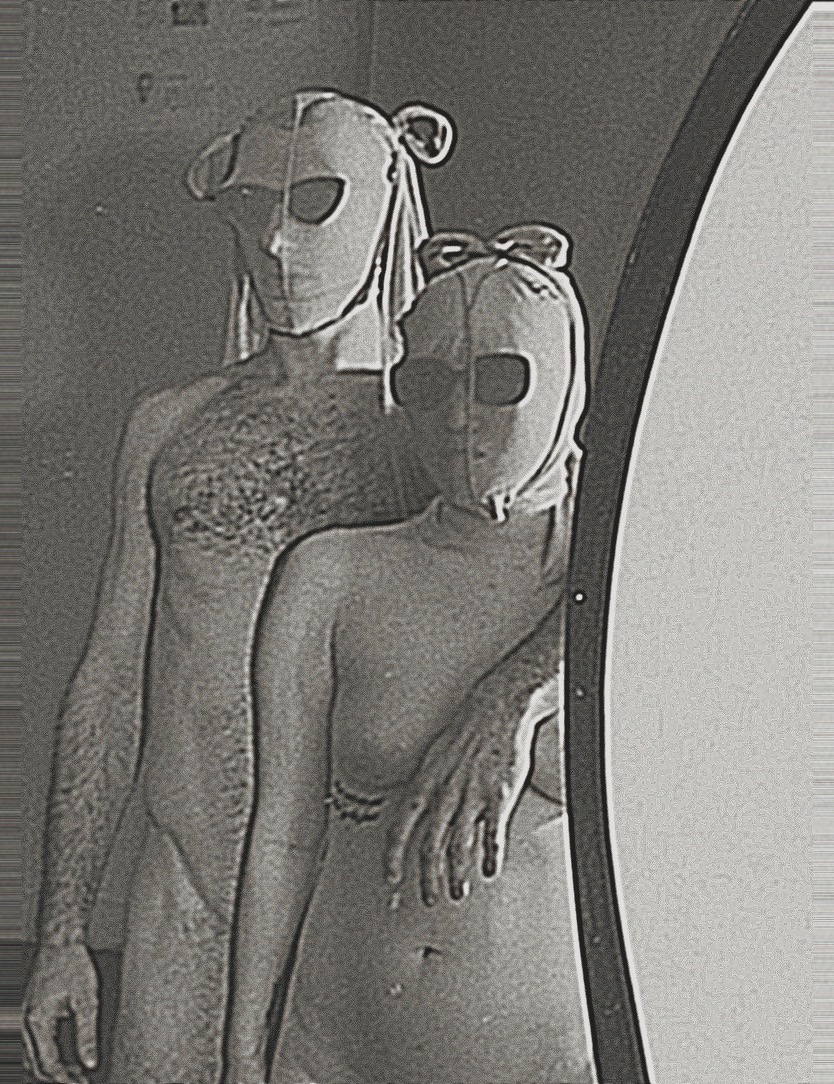 Spike Hellis is the LA-based brainchild of Cortland Dévon Gibson and Elaine Chang, circa October 31, 2019.

While gearing up to begin touring and promoting their first release, they watched in disbelief as themes from their EP, aptly titled Crisis Talk, seeped into reality in the form of a widespread global pandemic. Instead of playing a release show, they put the tape out from their couch while under lockdown in their Downtown Los Angeles studio apartment. With tour abruptly cancelled, they've immediately gotten to work on a forthcoming album.

Incorporating a wide range of elements from industrial, new beat, and techno, to freestyle, electro, and EBM, Their dark, experimental pop is sure to make you move to the pain. It wouldn’t be EBM if the overtones of manipulation, submission and suffering weren’t prominent and here they certainly are. However, one of the many things that separates Spike Hellis from their contemporaries is their clever sampling and sound design. Their sequences are dynamically crafted and move effortlessly between all hard-dance subgenres.

Their recordings are one thing, their live show is another. Spike Hellis delivers from every angle. Primed for the after-hours warehouse dungeon, they utilize heavy amounts of fog and an entire strobe light show timed perfectly to their songs. Whether or not you want to be, you are thrust in their environment. Perhaps you’ll feel threatened by them, or slightly disoriented. At times, you don’t know where they are. In pitch black darkness, Gibson could appear directly behind you, flipping on a bright red light attached to his mic. At times, Chang could be screaming at the front of the stage, while at others, she is situated on a speaker playing her synths 8-feet in the air, visible from the very back of the room. In their infancy, they’ve been turning heads as they cut their teeth in the LA underground. Blasting their bleak outlook and spreading their gospel of disenchantment and sarcasm, Spike Hellis announces their arrival.

Like flossing with razor wire.
Smile for the world.